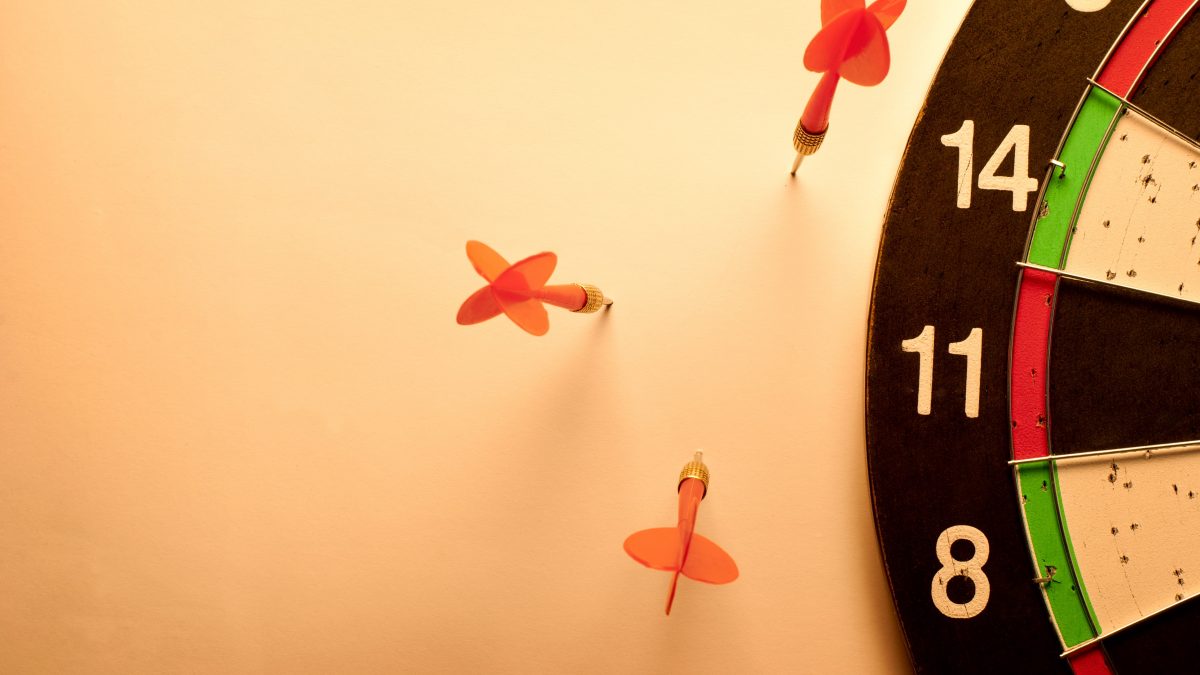 What’s your definition of the word “failure”?

For leaders, failure is different.

J. Wallace Hamilton wrote, “The increase in [self-sabotaging behaviors] is evidence that many people are training for success when they should be training for failure. Failure is far more common that success; poverty is more prevalent than wealth; and disappointment more normal than arrival.”

It’s simple: when you’re a leader, failure is your friend. In leadership, it’s not a question of if you fail, it’s a question of when—and how you respond.

No successful person becomes a success without failure. It’s impossible. There’s no such thing as a life without setbacks, mess-ups, and flat-out face plants. If everything worthwhile is uphill (and it is), it’s inevitable that somewhere along the way your foot is going slip, or the ground is going to shift beneath you, no matter how careful you are with your steps.

So how do you make failure your friend?

It’s like any other friendship: you develop the relationship over time and with intentionality. Failure is part of the leader’s process and being intentional with that process helps ensure a good return. Here are three quick thoughts on this idea.

First, you get comfortable with failure.

I grew up on the opposite end of this spectrum. I feared failure. I remember vividly my first class in college, when the professor stood up and said, “Half of you in this room will not pass this class.” I was immediately seized with fear! I’d never failed a class before, and I certainly didn’t want to start with my very first college course, so I began asking myself: what does the professor want? I spent the rest of that semester not learning anything because I was too busy memorizing everything because that’s what the professor valued. Had I been comfortable with the idea of failing, I would’ve approached that class differently and likely learned something beneficial as a result.

Second, you get clear about failure.

I’ve touched on this in the introduction, so I won’t drag the point out here, but having a healthy definition of what failure is strengthens your attitude toward failing. My friend, Paul Martinelli, says that failure is an essential part of the Cycle of Success: test, fail, learn, improve, re-enter. In Paul’s book, failure is the second step to success! What a great—and clear—perspective about failure.

Third, you get prepared for failure.

Like I’ve said, failure is inevitable, so preparing your response is essential. I love the Cycle of Success because it tells you that the response to failure is to learn, so what will you do to learn from your failure? Make preparations to glean the lessons from your experience—set aside time to reflect, bring materials to help you collect your thoughts, and bring some people alongside you to help you with your thinking. The only thing worse than going through failure alone is reflecting on that failure alone; it sets you up for a trip into dark places that will not serve you well. Bring people around you, give them your positive goal, and let others help you discover new heights.

I’m over 70 years old, so failure has not only become my friend, it’s become a good friend. We’re well acquainted and will spend a lot of time together in the future. I’m no longer afraid of failure, but I don’t let the specter of failure keep me from doing my best. I’ve developed the right attitude toward failure and that helps me fail forward.

My team has actually put together a small audio collection called the Quick Start Guide to Failing Forward that features nine specific teachings of mine that help you dive deeper into this idea. I love the idea, which is why I wanted to share it with you just as it’s getting ready to launch. Among other things, you’ll hear about mistakes I’ve made and lessons I’ve learned, guaranteed ways to fail, and how exactly to fail forward.

No matter what, though, keep leading. We need you because we need leaders who know how to take failure and turn it into something positive.